The alternative headline for this blog post could be: Are eight tax cuts in two weeks too many? I think so.

Last week, I said that the State of Arizona should change its motto from Ditat Deus (God Enriches) to Tax Cuts R Us.

Looking at this Wednesday’s Ways and Means Committee agenda with  four more tax giveaways on it, I stand by my assertion. Eight tax cuts in two weeks? That is fiscally irresponsible.

Today’s video is about HB 2732 (tax credits; affordable housing), but HB2404 (prime contracting; exemptions; certificates), HB2409 (small business investment credit; extension), and HB2629 (TPT; exemption; pacemakers) are also on the agenda. (On the pacemakers, the Dems are wondering why those aren’t already sales tax exempt, since they are medical devices.)

For the last few years, the Legislature has considered (but not passed) tax credits for developers who agree to build affordable housing. I have voted against this every year because there are better ways to make sure that people can afford a place to live– like paying a living wages, fully funding the Housing Trust Fund, and eliminating tax giveaways for luxury apartments.

HB 2732 is a bit less generous with the developers than previous versions of this bill, but this bill still takes millions from the general fund over the next ~20 years. This tax credit is capped at $8 million a year for 10 years. If we pass this, the first year cost would be $8 million, $16 million the second year, $24 million the third year, and up from there to $80 million in year 10.   The question is, will we be able to afford $80 million out of the general fund in 2031?  (After all, the Republicans have proposed eight tax cuts in the past two weeks! Is there plan to break the bank on the general fund? Their proposals are fiscally irresponsible.)

Interestingly enough, tax credits like this are where Libertarians and Progressives have a bit of overlap in our opinions. In 2019, when we debated this in committee, a representative from the Institute for Justice spoke against this. She said that subsidizing someone’s rent– for example, allowing them to pay $500/month for an apartment that is normally $1000– just gives them a false sense of security and traps them in subsidized housing. I agree with this. let’s take for example a single mom who is a teacher. She can’t afford to pay more than $1000 a month to get a two-bedroom apartment for her and her child. If she goes into “affordable housing” and her rent is subsidize, this will help her live with less, but it won’t improve her lifestyle. If she ever wanted to get out of the subsidized housing, she would need a significantly better job or a partner or roommate to help pay the rent.

Think about it. Affordable housing is supposed to be for people who are working but can’t afford rent or a house payment. Often teachers and firefighters are given as examples. If people working in these professions aren’t making enough to afford an apartment, apartments are too expensive, and wages are too low.  Governor Ducey often talks about how many jobs have been created and how low unemployment is in the state of Arizona. What is left out from this rosy picture is that Arizona wages are 85% of the national average. People are working multiple jobs to make ends meet. If we had better paying jobs in this state, we wouldn’t have an affordable housing problem. 

The other big problem with any tax giveaway is that the Legislature needs a 2/3 vote to stop them. Once we pass a tax giveaway, it is pretty much impossible to get rid of them or make them less generous.

During Governor Brewer’s tenure, the Legislature passed corporate tax cuts that increased the corporate tax giveaway every year for several years. When Brewer left office, she said that she regretted doing that because the general fund lost so much money on the deal. She suggested that then incoming Governor Ducey consider stopping the automated, ever-increasing giveaways, but Ducey is all-in on giving away your taxes.

Last week, the Republicans on the Ways and Means Committee passed four tax giveaways. This week they want to pass for more tax giveaways. Both weeks at least some of those bills were tax giveaways that increased every year. It is fiscally irresponsible to give money away when there is so much need. It is doubly irresponsible to set tax breaks on an automated annual increase schedule with little or no way to moderate the revenue losses from these decisions. 

Republicans loved the austerity years, and they want to go back to the days of telling us that the state just doesn’t have enough money to have decent schools and that we must “live within our means.” Arizona has had record revenue for the past two years. Republicans are on track to give away that income– just like they did last year— rather than investing it in quality schools, access to healthcare, or a solid infrastructure.

Arizona is not setting aside funding for schools for the next 10 years.

Arizona is not setting aside funding for roads, bridges and other infrastructure projects for the next 10 years.

Why are the Republicans fighting to protect and increase fiscally irresponsible tax cuts for the next 10 years… or longer?

[If you are on Request to Speak (RTS), please tell the Legislature what you think.] 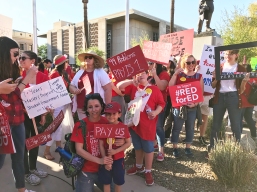 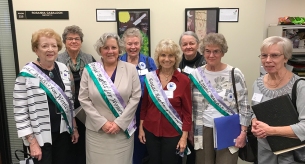 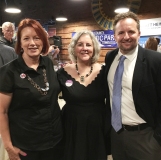 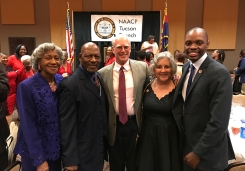 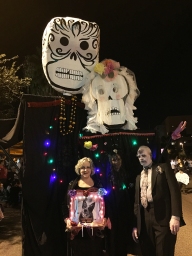 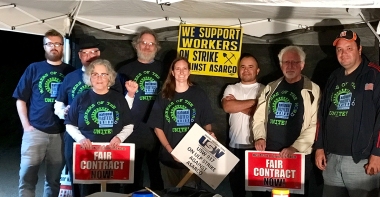 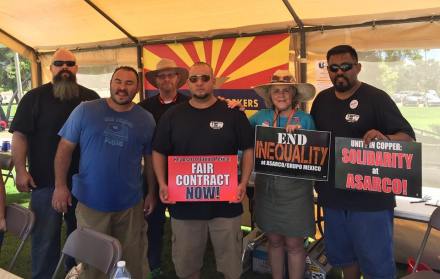 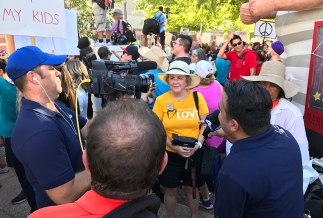 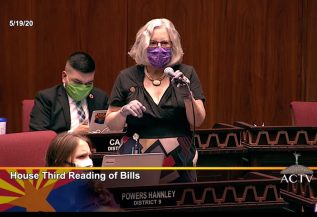