Season 2 Episode 12 of  A View from the Left Side focuses on Arizona’s primary election races — from the Legislature to Statewide, Corporation Commission and Congressional races.

Joining me today for this podcast are three long-term colleagues of mine at Blog for Arizona Michael Bryan, Larry Bodine and David Gordon. Mike is the founder and managing editor of Blog for Arizona. He is a local attorney and served as a prosecutor for the City of Tucson. Larry has been a writer and editor at Blog for Arizona for many years. Larry is also an attorney by profession and a former newspaper reporter. David is a prolific blogger who has interviewed many Democratic candidates for Blog for Arizona. He’s also an accomplished science fiction author.

We’re going to touch on the Legislative races first, since there could be many changes on both sides of the aisle, thanks to redistricting, term limits, deaths and resignations to run for higher office. We’re also going to cover the statewide offices, since Arizona will be electing a new governor and others in the executive branch this year and there is a lot of competition. We’ll close with some comments on campaign finance, the Congressional races and other races as we have time. (For more details on campaign finance reports read: Arizona Legislature: How Much Money Did Candidates in Key Races Raise?

We’ll start with the hot races in the Legislature on both sides of the aisle. 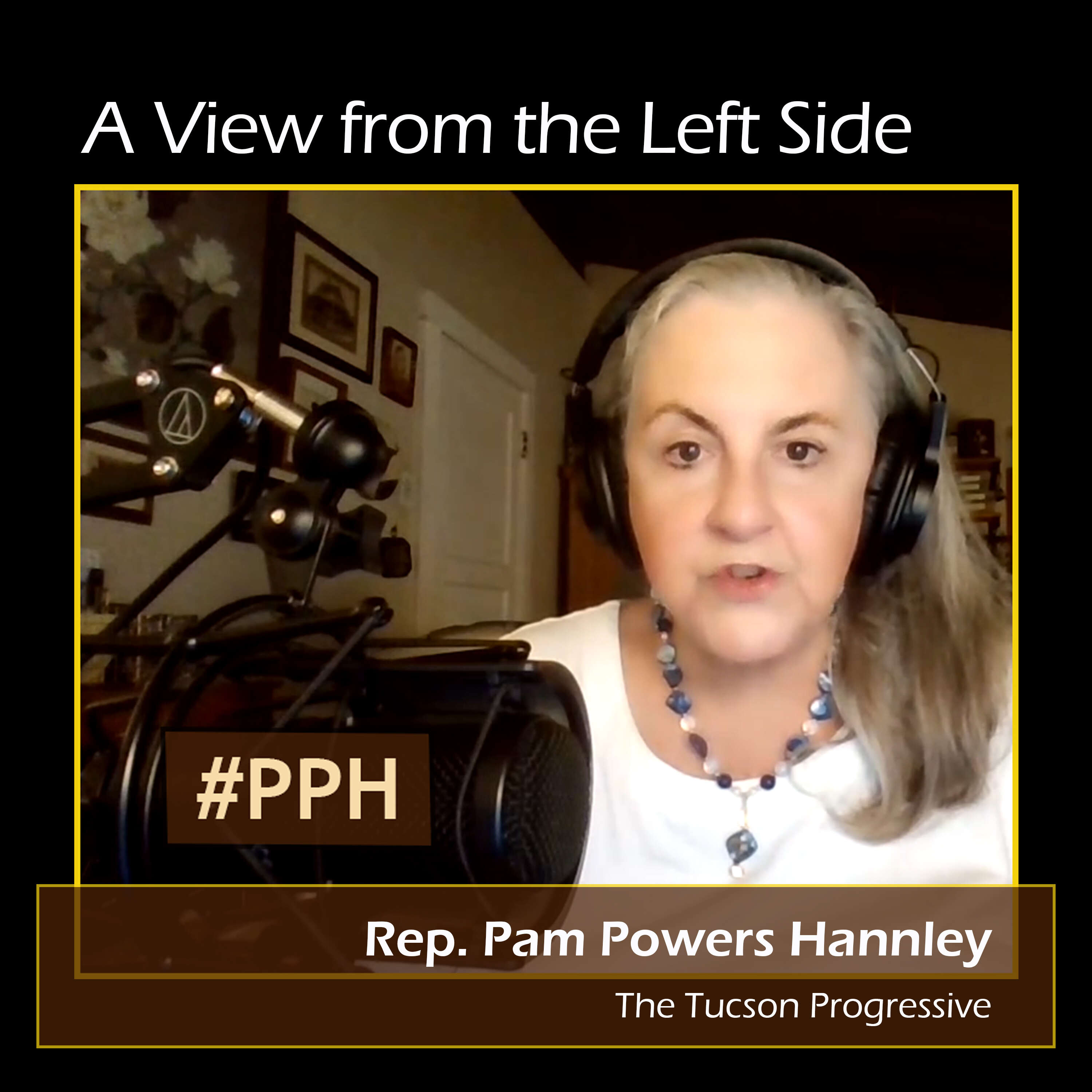 National Infrastructure Bank Would Rebuild US, Create Jobs & Restore Global Competitiveness – A View from the Left Side

Season 2 Episode 13: Creation of a National Infrastructure Bank | 0:44The US Has Had Four National Infrastructure Banks  | 1:17Crumbling Infrastructure Hurts Competitiveness  | 2:30Rep. PPH Interview with Economics Experts on the Proposal for NIB  | 4:24Alphecca Muttardy, Board Member, NIB Coalition  | 4:53What Is an NIB and Why Do We Need One?  | 5:00Projects that Could Be Funded by the NIB  | 5:19Infrastructure Investments Are Good for the Economy  | 8:48Roosevelt&apos;s RFC Was Infrastructure Bank  | 11:28Nationwide Rural Broadband Funded by the NIB Is Modern REA  | 11:36Muttardy on the Scope of NIB Projects  | 12:27The Scope of the REA and Its Impact on Rural America  | 13:01&apos;It Is a Disgrace that We Have Houses in America with No Running Water&apos;  | 13:35Chinese NIB Is Building a Nationwide Water Grid.   | 13:49 NIB Projects Could Help Arizona Farmers  | 14:12Public Private Partnerships (P3s) vs NIB  | 14:29Arizona Water Initiative Allocates $750 mil in P3s for &apos;Water Augmentation&apos;  | 14:37Keep Public Infrastructure in Public Hands. Water Is a Public Good.  | 15:09Ellen Brown, Founder, Public Banking Institute and Author  | 15:52&apos;P3s Want Profits. NIB Is Basically a Bank at Cost.&apos;  | 15:56Who Can Invest in the NIB?  | 16:40Muttardy: How the NIB Would Be Capitalized?  | 17:08Brown: Individuals Can Invest in the NIB  | 18:37Crumbling US Infrastructure Hurts Competitiveness  | 18:57China Invests 8% of GDP in Infrastructure. US Invests 2.4%.  | 19:35Putting People to Work Building Infrastructure Will Rebuild the Middle Class  | 20:00Given Current Economic Uncertainties, How Would Our Strategies Change if We Had NIB Now?  | 20:36Dr. Robert Hockett, Edward Cornell Professor of Law and Finance at Cornell University  | 21:45The US Relies Too Much on Private Sector Initiative  | 21:51If Your Motive Is Profit Maximization, It Is Not in Your Interest to Prioritize the Public Good  | 22:15Brown on Inflation: Shortages Are to Blame  | 23:28COVID Relief Money that Was Sent to the Banks Is Just Sitting There Unspent  | 24:05COVID Relief Money that Went to People Is Long Gone  | 24:28&apos;People Are Spending Now But They Have Less Money than Before COVID&apos;  | 24:52&apos;There&apos;s Not a Lot of Demand Competing for the Goods. The Problem Is Shortages.&apos;  | 25:11The American System Model of Building Infrastructure to Promote Growth & Production  | 25:19Keep the Farmers and Small Businesses  in Business  | 25:30Hamilton: &apos;This Bank Is to Be Used for Infrastructure, Manufacturing and Development of the Economy&apos;  | 25:56&apos;We&apos;ve Had an Infrastructure Bank Before. The Problem Is Political.&apos;  | 26:33&apos;If the Money Goes to Productive Purposes — Things that Do Pay Back — then You Have a Sustainable System.&apos;  | 27:06Muttardy: &apos;Policy Banks&apos; Are Investing Money in the Most Productive Place  | 27:52The US Needs a Long-Term Infrastructure Plan  | 28:29What Are Common Objections to NIB?  | 29:31Muttardy: The NIB Has Checks and Balances as Well as Transparency  | 29:59NIB Will Have Engineers to Help Local Governments Design Efficient Systems  | 30:37All NIB Loans Are Transparent for Public to See  | 31:42Who Owns the Infrastructure Built with NIB Loans?  | 32:02Hockett: Who Owns the Infrastructure Depends Upon the Project  | 32:41Muttardy: Most NIB Loans Will Go to Public Entities who Own their Infrastructure  | 34:03To Relieve Bottlenecks, NIB Can Make Private Sector Loans  | 34:30The NIB&apos;s Role in Affordable Housing  | 35:35Hockett: Historical Perspective on Housing  | 36:19And more…

I am so proud to serve with these women: Reps. Wenona Benally, Mitze Epstein, Geraldine Peten, Athena Salman, Kelli Butler, me, Isela Blanc, and Kirsten Engel in the front. The House Democratic Caucus rocks.
Follow Powers For the People on WordPress.com