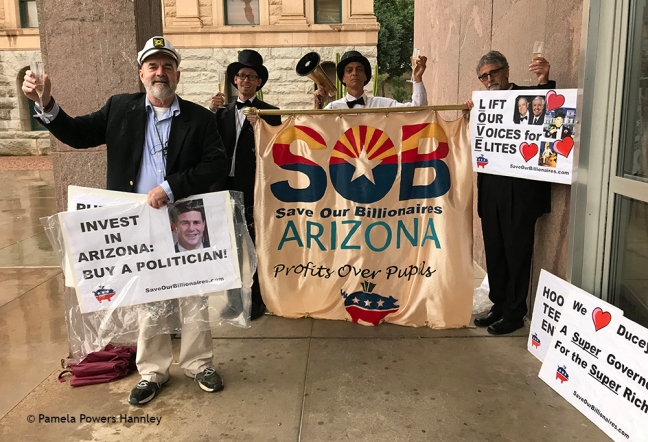 All 12 tax giveaways or revenue reductions heard in the House Ways and Means Committee in the past three weeks passed– many on bipartisan votes. For the record, I was the only person who voted “no” on all of the tax giveaways.

To be clear, none of these tax reductions do anything to: increase education funding, increase access to healthcare, increase prenatal care, reduce adverse birth outcomes, reduce Adverse Childhood Experiences, reduce student debt, increase wages, foster workforce development, reduce poverty, or provide food and housing security for Arizonans. If you are not Microsoft, APS, TEP, SRP, SW Gas, qualified investors, resort owners, developers, contractors, or just rich people, you are not getting a tax break from the Republican Party.

In fact, to pay for education, the Republican Party wants to raise your sales tax while lowering taxes for corporations and elites.  Do you want to pay 10 or 11% of sales tax on every purchase? If you don’t, just say no to tax breaks for Microsoft, APS, SRP, TEP, SW Gas, and the richest Arizonans.

We are creating a giant revenue hole in the future. This is fiscal irresponsibility.

How can a “pro-life” state be #50 for Adverse Childhood Experiences? Because the Arizona Legislature prioritizes corporate welfare over child welfare. It’s that simple.

The House Ways and Means Committee has passed six tax breaks in the past two weeks. Tomorrow’s agenda has 12 bills, including eight additional bills that are tax breaks or other means to reduce revenue. The Microsoft tax break (HB2771) that I warned you about a few weeks ago in on the agenda.

Ways and Means has passed six tax cuts so far in 2020. Has anyone done the math to determine the future annual hit if all of these tax breaks are passed. Probably not. We don’t have any JLBC costs estimates for some of them, and several are structured to automatically increase over time. The Tea Party– under Governor Jan Brewer, Senate President Russell Pearce, and several Legislators who are still in office– passed massive annual decreases in corporate income taxes, the results of which have been felt in the classrooms. When she left office, Brewer suggested that they may have gone overboard with the tax cuts. When Governor Dough Ducey took over, he said real men aren’t afraid to cuts taxes and has continued to cut, cut, cut. Let’s stop cutting and start investing. We have hundreds of millions of dollars in extra funds this year. Don’t let them give it away like they did last year.

Just to be clear– none of these 14 tax reductions would do anything to directly help public education, access to healthcare, reduction in poverty, workforce development or infrastructure. They are all about cutting taxes or giving tax credits to business.

Here are the bills that could reduce general fund revenue in the queue for Feb. 12. If you want the Legislature to invest in education, healthcare, and infrastructure– the People’s To Do List– instead of the corporate wish list, please voice your opinion on Request to Speak (RTS) or by phone or email to your Legislators (regardless of party).

HB2385: TPT; reimbursement; motion picture production. (When I moved to Arizona in the 1980s, we had film tax breaks. I was a freelance writer and photographer. When I rented equipment, I saw the movie crews. Film tax credits have been a boon to some states, but other states have lost their shirts on this. There is research about the sweet spot for this topic. I’m not sure anyone did the math on this one.) [Information only, no vote.]

HB2771: tax credits; qualified facilities; extension. (This is the former Apple tax break that has been modified and expanded for Microsoft.)

Here are the tax breaks that the House Ways and Means Committee passed in the last two weeks. These have not been debated on the Floor of the House yet. There is time to stop these also.

HB2629: TPT; exemption; pacemakers. (This may be a red herring. The Department of Revenue was unsure if pacemakers are taxed now or not. I voted “present” and asked for more information.)

Many of these tax giveaways automatically increase over time– like HB2732, HB2355, HB2358 and HB2732. This is irresponsible fiscal policy. Our country is being run my a mad man, markets are in turmoil, trade wars and real wars abound, too many people are living paycheck to paycheck, and too many Arizona children are living in poverty. Cutting taxes now and on into the future is folly. 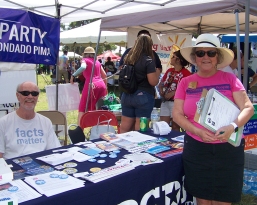 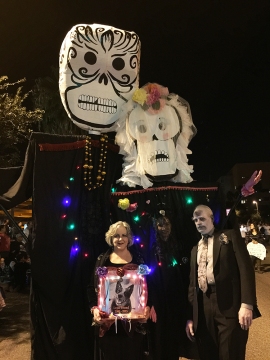 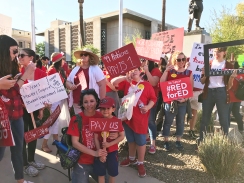 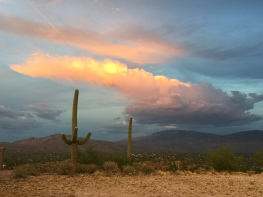 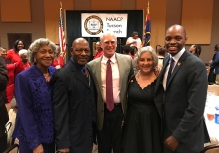