Many of you know that some of my ancestors were abolitionists, but did you know that I also come from a family of electricians? In the Powers Family (of course)– Grand Dad, Grandpa, and Dad were all electricians. As Powers Electric, three of them wired most of the houses in Oberlin, Ohio, during the first half of the 20th century.  (That is Grandpa behind the counter of the Powers Electric store in downtown Oberlin, Ohio in the early 1920s.)

Given my family history, I thought it fitting that my first real public relations job was working at Arizona Electric Power Cooperative in Benson in the early 1980s– not long after we moved to Arizona. Even back then, I had misgivings about working for a coal-fired utility because I saw the devastation that coal strip-mining caused in Appalachia– including Southern Ohio where rolling wooded hills were transformed to miles of piles of rubble. (Hopefully, that travesty has been cleaned up by now.) I took the job at AEPCO because the pay was great, the job description fit my skills perfectly, and my partner had been laid-off– leaving us both unemployed with baby. (A few months before I took that job, we were denied AHCCCS and food stamps because we weren’t completely broke.)

Fast forward to 2016, and I’m running for the Arizona House. I have met with lobbyists from Tucson Electric Power (TEP), Arizona Public Service (APS), and now Grand Canyon State Electric Cooperative (GCSEC). I believe that it is valuable to meet with them because I am one of the few candidates who understands their industry and whose job it was to explain electric generation to consumers. Also– what’s going in the Arizona Corporation Commission (ACC) and its relationship with APS, the heated race for ACC, proposed demand charges and increased electric rates, and the life of the solar industry are all HOT topics in the 2016 election.

Yesterday, I had a congenial meeting with the GCSEC lobbyist. This is the umbrella group for the electric cooperatives in this area. Electric cooperatives were created by President Franklin Roosevelt to bring electricity to rural America through the Rural Electrification Administration (REA). The lobbyist said that I was the first ever candidate whom he has met who knows about electric co-ops and has actually worked for one.

When I worked at AEPCO, the two coal-fired stacks at Cochise Generating Station (which you can see from I-10 near Dragoon) were relatively new and equipped with EPA-compliant scrubbers and other technology which made it the cleanest power plant in the area in 1982. In fact, going out to the plant to take pictures was the best part about my job. I had my own hardhat, steel-toed cowboy boots, and safety glasses. If you have never toured a power plant, do it. The sheer scale and complexity of the machinery and the technology involved in generating and transmitting electricity are impressive. Great place for industrial photography. I remember going to a PR soiree after a day of photography at the plant. I didn’t have time to change into my usual PR uniform– power suit (this was the ’80s), power pearls, stockings, modest pumps, nicely coiffed hair. I showed up in a red t-shirt, faded blue jeans, my steel-toed cowboy boots, and severe hardhat hair. Many of the women asked if I had had the day off (since I was out of uniform).

Thirty-four years later, the Cochise Generating Station is not so new or so clean. In recent years, AEPCO has been wrangling with the EPA over the Clean Power Plan. AEPCO recently announced an agreement with the EPA which includes the conversion of one coal unit to natural gas and the upgrade of emission controls.

When I meet with the electric utility lobbyists, I ask a lot of questions– such as where their plants are located and what they burn (natural gas or coal), which usually leads to topics like coal supply, fracking and its impact on the environment, fuel prices, clean air, solar power, and… sustainable economic development through public banking. I am very clear with the utility lobbyists that I am a solar power advocate. When developing new industries, a region should play to its strengths and develop that. Hello– Arizona not only has sunshine, and we have scientists and entrepreneurs at the UA Tech Park, who have been experimenting with different types of solar panels at their Solar Zone. We should foster the solar industry instead of attacking it.

Anyway, yesterday, we talked about coal, natural gas, solar, and wind. I was pleased to learn that some of GCSEC’s members co-ops have built solar farms. Back in the early 1980s, the co-ops were talking about wind, which apparently didn’t pan out. I’m glad they followed up with some alternative fuels and that they have an agreement with the EPA.

Remember… I am a Clean Elections candidate. I am not taking money from any businesses, Political Action Committees (PACs) or unions. This means that I will have no strings attached when I am in the Legislature. I will make decisions based upon what I believe is best for the people of Arizona.

Now about those proposed rate hikes… 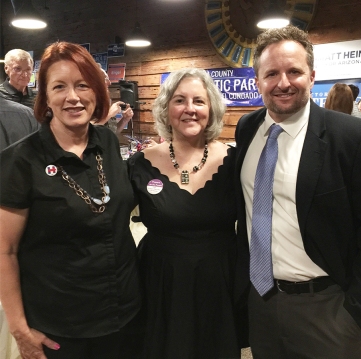 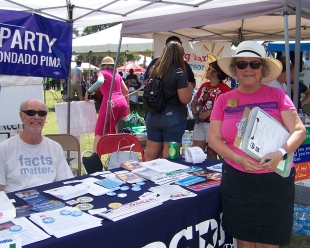 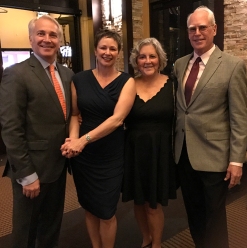 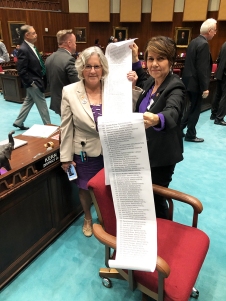 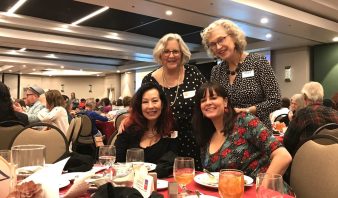 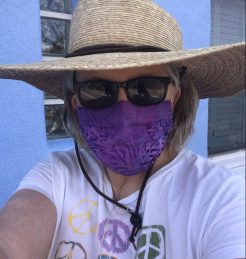 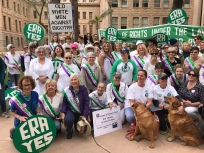 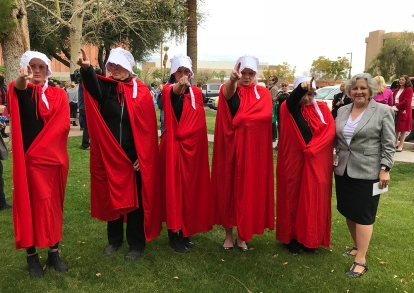 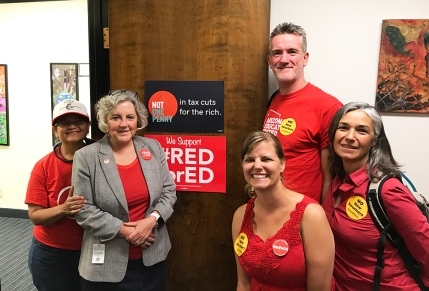 Peace Fair
Follow Powers For the People on WordPress.com